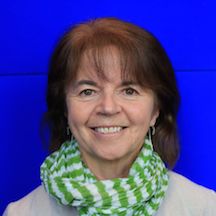 Carmel Brennan is Head of Training and Practice with Early Childhood Ireland, with responsibility for the organisation’s work in developing curriculum, improving practice and supporting services to work with the national frameworks. Their aim is to push the boundaries of our thinking and practice as we engage with the image of the competent, playful child. Carmel has also worked as an early childhood educator, mentor and researcher. Her research interests are in the areas of curriculum and particularly children’s play – the subject of her PhD thesis. More recently, she focusses on children’s co-construction of stories through play and the relationship between play and the arts in children’s lives. She edited the IPPA publication ‘Power of Play’ and has contributed chapters to ‘Early Childhood Education and Care’ (Mhic Mhathúna and Taylor (Eds), 2012), to the Pen Green publication ‘Using Evidence for Advocacy and Resistance in Early Years Services’ (McKinnon (Ed), 2014) and to two Kids Own reports on arts projects with young children, ‘Lullabies’ and ‘Being and  Belonging’. She is also author of the essay ‘Artistic Enquiry in Early childhood Education’ on this portal.

‘Accepting – or at least acknowledging all the children offer is a real key into the endless realms of imagination that are only waiting for our bravery’. Martin Brunsden, Musician

We have long known that young children are intent observers of the workings of the world and compulsive meaning makers about everything they see around them but, somehow, we are only beginning to understand their capacity to teach us about life.

The painting tells a story of first encounter. It represents the squashed and decayed apple that he saw on his way to preschool with his mother, according to the artist. It speaks to me of wonder, of beauty, and of sadness – all of which gives food for thought, for some questions. Did the painter set out to paint what he saw? Or was it something that emerged in the encounter with the art materials that subsequently surfaced the story? Maybe his painting started life as another idea or just a series of brush movements and like so many children’s paintings, layered with paint, turns into a brown circle. Maybe the circle evokes a memory of something experienced, something observed. The question is where is the art in this whole experience? Is the art in the representation or in the first encounter with the decayed apple? Is the art in his wondering, in the conversation, in the enquiry with his mother, in that moment of connection, of sharing? We can easily imagine a lovely moment when his mother looks to his wondering – and explains, as you do, something of the cycle of life – apples fall and decay.  We can imagine the questioning and the dawning understanding in the child’s eyes – something significant has landed in his consciousness and leaves an impression that lingers there – so much so that he feels the need to express it with paint. He paints the story. Is the art in what is etched in his memory? Imagine an educator who stops to listen, feels the connection, experiences the beauty and joins in the wondering. Is this an aesthetic experience? The point is that depending on our capacity to see, or the lens we use, we can see art in almost everything children do – because children’s exploits have the key ingredients of enquiry, wonder, awe and emotional connection. The product is just a small part of the art process.

Young children, by the very nature of coming to know the world, live the creative life. They are meeting the world for the first time and creating new perspectives. They bring something new to the world.  Alison Gopnik calls early childhood ‘the research department’ of life, when children, untethered by information and obligations to get it right, are free to wonder and engage with multiple possibilities – not defined by end results. Working with the early years requires us to let go of prescribed expectations and traditional norms, milestones and measurements.  Instead we think of the encounters that allow the new personhood of each child to emerge and register itself in the community. As Educators, we are called on to exercise our sense of wonder, imagination and playfulness. It requires us to be present to – to listen with our eyes and ears and hearts to children’s explorations and discoveries – and with them to see the world anew. The learning is in the listening, the being with, the co-experiencing, the conversation, in the

Vecchi’s (2010:5) says that art is  ‘an attitude of care and attention for the things we do, a desire for meaning; it is curiosity and wonder; it is the opposite of indifference and carelessness, of conformity, of absence of participation and feeling…..’.

In the end, that is why what children do is art – they bring a new perspective to the world – a new way of seeing things.

This all came home forcefully to me on a day that I spent with the artist, Maree Hensey and musician, Martin Brunsden on the Lullaby project, an art project with babies, a few years ago. It was all so simple. The scene was set by stacking all the plastic toys in a corner and creating a space in the middle of the room where beautiful materials were introduced, sand, ribbons, boxes, feathers, musical instruments. The children were invited to play with them.  Something descended on that space – an atmosphere that held the experience of a lullaby,

‘a stillness… this lull…this lullaby essence..…we have achieved it several times and sometimes with such force that the room becomes tender and emotional and yet still safe and supportive’ (Martin Brunsden)

Everything slowed down. We watched with keen interest – so interested in how these babies thought and felt and responded. Nothing was more important than the present moment – the looking, touching, feeling, tasting, wondering, questioning, pulling, pushing, listening, smiling, mouth opened, eyes agog, hands and legs vibrating, and the sounds of wonder, gurgling, hands clapping – just what happens in each moment.

As Educators, we commonly use the term ‘art’ to refer to static objects such as paintings, sculptures and songs but Vea Vecchi (2010) tells us that art can simply be a way of being in the world. Art is in the experience of encounter, the movement of the body, the narratives we create, the beauty we perceive, the eye of the beholder. In the early childhood sector, we think of art as a process to be lived – a process that includes to explore, sense, action, think, feel, express, communicate, create. It’s in the moment.

Were there moments in your experience today? 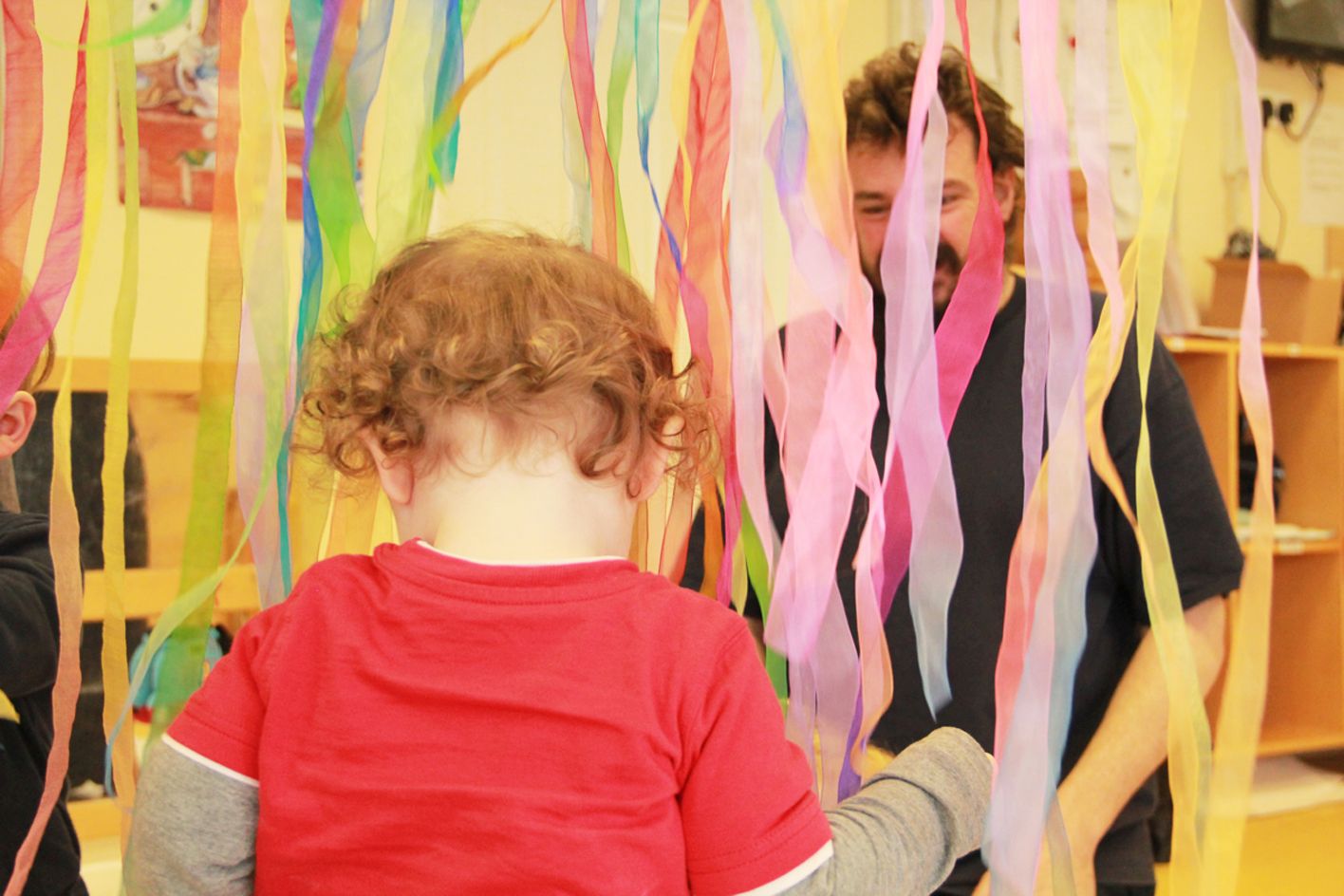