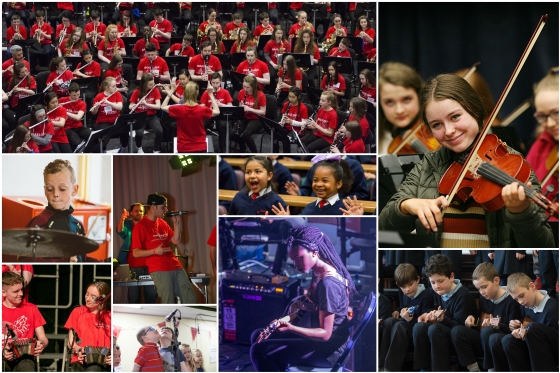 Music Generation has announced the 9 new areas of Ireland that will receive philanthropic funding from U2 and The Ireland Funds to create increased access to non-mainstream music tuition for children and young people in their local area.

Following an open national call for applications earlier this year, the 9 new areas selected for participation are: Cavan/Monaghan; Dún Laoghaire-Rathdown; Galway City; Galway County; Kilkenny; Leitrim; Roscommon; Waterford and Wexford. The programmes will be managed and delivered by local Music Education Partnerships in each area. Operating on a 50/50 matched funding basis, these new Music Education Partnerships will receive an investment of €5m raised by U2 and The Ireland Funds, and will also generate a further combined €5m in local investment over the next five years.

Ireland’s national music education programme, Music Generation was initiated by Music Network in 2010, and is co-funded by U2, The Ireland Funds, the Department of Education and Skills and Local Music Education Partnerships.

For more information go to www.musicgeneration.ie/news/article/music-generation-announces-9-new-areas-of-ireland-selected-for-partici/