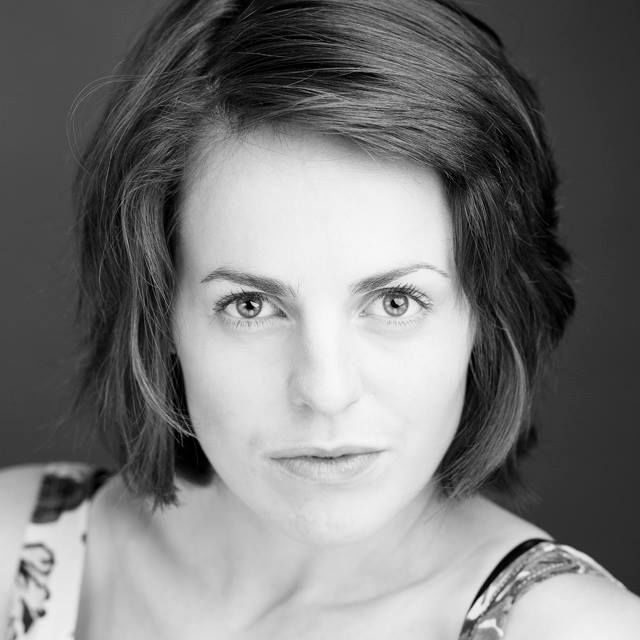 Naomi Cahill works as a Creative Associate for Creative Schools and is founder and director of Bespoke Productions. She is an experienced and qualified drama teacher of primary, second level and adult education as well as children with special needs and adults with physical and intellectual disabilities. Naomi graduated with a degree in Drama & Theatre Studies from University College Cork. She further completed the Higher Diploma in Arts in Drama Education and was awarded‘Highest Academic Achievement’ from the Leinster School of Music & Drama. Through Bespoke Productions, Naomi leads drama courses in Ireland and abroad which are aimed at building confidence, self-esteem and developing communication skills. She most recently directed a modern version of ‘Romeo & Juliet’ at Teatro Re Grillo, Licata, Sicily. Having performed both on stage and in film, she enjoys sharing her experience with her students. She is delighted to be working as a Creative Associate for the Creative Schools programme.

My schools are at a very exciting stage of the Creative Schools Project. Plans are being brought to life in all schools. At this stage, I thought it would be interesting to give you an insight into the project so far in one of my schools: Barryroe National School. The school is located on the Ibane peninsula and is surrounded by beautiful beaches and countryside. It has 176 pupils enrolled and a speech and language unit. The school is very lucky to have a wealth of creative local people and staff who are open to new ideas and projects. Parents strive to give and provide the best all round education possible for their children and encourage involvement in the arts. The school was delighted to receive entry to the Creative Schools Project this year and are thrilled to be accepted again next year. Their enthusiasm for the project is evident and they are very much making the most of this fantastic opportunity. They have dedicated a lot of time to the project and I have had the opportunity to engage in meetings with all staff and students. There is a core team of staff within the school working on the project including: the Creative Schools Coordinator, two teaching members of staff and local artist: Eilbhe Donovan.

All students in the school were lucky enough to attend ‘Dowtcha Puppets’ performance of ‘Listen Janey Mac’ in the school. They were given this opportunity to inspire them to create their own work.‘Dowtcha Puppets’ are a renowned puppet specialist company based in Cork. They came to the school and did three separate performances of their show for different class groups. It tells the tale of a character called ‘Janey Mac’ and her puppy ‘Pepper’. They make a wish in a magical stone circle in their aunty Megan’s back garden and find themselves transported back in time, trying to find each other and their way home. One aspect of the Creative Schools project is the importance of finding ways in which the arts/creativity can be linked with and used to enhance the teaching of other subjects. Along with giving the students an appreciation for puppetry, the show produced by ‘Dowtcha Puppets’ also provided students with a history of Cork and Ireland. All students really enjoyed the experience:

“It was great to see the puppet show before we did our own one”. (Student)

“The setting and the props were great and how they showed the puppets when they were far away –it was a very funny story”. (Student)

“It was strange working behind the puppet stage. The lighting made it exciting. The show was great the way the characters were going to another dimension”. (Student)

As I mentioned previously there is an importance emphasis on ‘The Voice of Young People’ in the Creative Schools Project. At the beginning of the year, I was given the opportunity to do a workshop with a group of students (with representatives from each class). I also met with all class groups and teachers to gain a further understanding of student’s artistic/creative interests. We regularly consult with the ‘Creative Schools Student Advisory Group’ when making plans. Having gained inspiration from watching ‘Dowtcha Puppets’ performance, a group of students (from all classes) worked with their drama teacher Annemarie to write their own devised puppet show piece. Other classes had the opportunity to make stick puppets and perform in puppet shows linked to fairy tales for their fellow students. Students are also very lucky to have the opportunity to work with renowned artist: Eilbhe Donovan to create their own air dough puppets. It is evident from their feedback that the process is very much child led:

“It was great fun – we were in charge of what we wanted to do. It took a long time but it was worth it when you saw how it played out in the end. We would love more time to work on it!” (5th Class Student)

It is important for all arts and creative activities undertaken by the school to be as sustainable as possible. Teachers in Barryroe National School are learning about puppetry as a new art form which they can incorporate into their teaching into the future. Teachers have been enabled to develop experience and expertise in this new creative area and implement their acquired skills across the curriculum with confidence. Here is some feedback from teachers about the puppetry workshops.

“It really encouraged turn-taking and team work. Children had to change their voices to suit the characters”. (Teacher)

“We had less control over the output. Junior Classes needed more scaffolding to bring the story to life using the puppets. Senior pupils lead the classes”. (Teacher)

“One class was completely child lead – teacher only had to facilitate. Children took on the responsibility and worked on their stories at home”. (Teacher)

“Without a lot of effort, I worked on puppetry, which I was not comfortable with, and found once the idea was suggested to the pupils, they took ownership of it and followed through”. (Teacher)

The sixth-class students are also learning about how to create their own stop motion animations. They created a fantastic animation piece called ‘Jack and Jill Cycled Down the Hill’ which was very exciting to see.

“We were so excited. We were looking forward to the lesson as it was so different to anything we had done before. I had never done anything like animation before”. (6th Class Student)

“Taking the pictures and when they were all moving having put it all together was so cool”. (6th Class Student)

“It wasn’t like being told what to do and how to do it. You could make up your own story and put it together whatever way you liked. Our stories were brought to life through animation”. (6th Class Student)

I was delighted to hear a recent announcement from Creative Schools which indicated that the schools currently involved in the project will have the opportunity to continue next year. Furthermore, there will be a further one hundred and fifty schools added to the project. Things really are going from strength to strength for the Creative Schools Project. The project is having a ripple effect across Ireland as there is an increased recognition of the importance of the arts and creativity in the lives of young people.