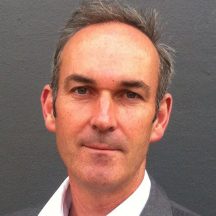 Frank is an Irish-born designer /cultural producer with an interest in film, architecture & the arts, design and technology. An honors graduate in Production Design for Film, TV and theatre, he spent the best part of a decade in this sector. Coming from a film and set design background, he has always been passionate about the power of buildings and spaces to tell stories and he developed this interest further when he later moved into interior and architectural design work setting up practice in London in 2001. This experience led to a decision to study architecture at London Metropolitan University where he was awarded an BA Honors’ Architecture in 2008 and a Professional Diploma in Architecture 2012.

His professional practice includes the design of buildings & set design for film and television production. This has informed his approach to practice, which is collaborative, interdisciplinary and site-specific. With a long term interest in the critical potential of design he established the Architecture at the Edge Festival in 2017, for which he devised and developed the events programme through all stages: planning, development and administration, including the curation and production of an annual symposium on Placemaking  & associated workshops. He recently produced an outdoor built installation, ‘Ghost Chapel’ for Galway International Arts Festival 2018 in collaboration with Bartlett School of Architecture.

‘Cities need old buildings so badly it is probably impossible for vigorous streets and districts to grow without them…. for really new ideas of any kind—no matter how ultimately profitable or otherwise successful some of them might prove to be—there is no leeway for such chancy trial, error and experimentation in the high-overhead economy of new construction. Old ideas can sometimes use new buildings. New ideas must use old buildings.’

From; The Death and Life of Great American Cities , Jane Jacobs

In my last blog I described how we extended the Irish Architecture Foundation (IAF) – Architects in Schools learning programme at The Bish into engagement beyond the school gate. Incorporating urban sketching on Nuns Island and other activities within the workshop itinerary in an attempt to encourage and allow the students an opportunity to examine their city from another perspective … to be creative. To be imaginative.

With the school located on part of the under-utilized parcel of land at the edge of Galway City center, the regeneration of Nuns Island lands need careful and detailed consideration it being directly between the City and NUI Galway it easily facilitates an expansion of the University campus or an expansion of the City creating a civic space to carefully bring both City and University together. NUI Galway and Galway City Council recently launched a public consultation for this very purpose. The aim here is to transform Nuns’ Island into a new quarter that will enable the city to capitalize on its creativity, enterprise and quality of life. The masterplan is being prepared by internationally-renowned planners BDP, business strategy advisors Colliers International and quantity surveyors AECOM. It is supported by the Government’s Urban Regeneration Development Fund. Focusing on this regeneration of Nuns Island we were delighted that Gareth McGuire, Architect Director BDP agreed to lead the students on a mapping exercise.

So we took a walk through their Island, mapping the existing spaces and their functions, recording the grain of the place and also seeking out opportunities for future interventions.

Amongst the key programmatic functions identified by the students in this process a number of themes evolved;

Amongst these functions one of the activities identified by the students is the sight every July of the Big Blue Tent at Fisheries Field, erected for the duration of GIAF Arts Festival. It’s a signifier of the festival status which is core to the public life of the city and a landmark for the summer. We discussed with the students about this ‘creative arts entertainment’ intervention and the potential for other spaces on the island, such as the old derelict Persse’s Distillery Building for adaptive reuse purposes. What might those buildings and spaces become? Student accommodation? With the meeting of ‘Town and Gown’ perhaps a shared library building for the city would be useful? Or a new Distillery? A Contemporary Art Gallery? Co-working spaces to foster a creative community? The students could quite readily foresee that in the creative use of these spaces lies the key to regeneration for the entire masterplan. 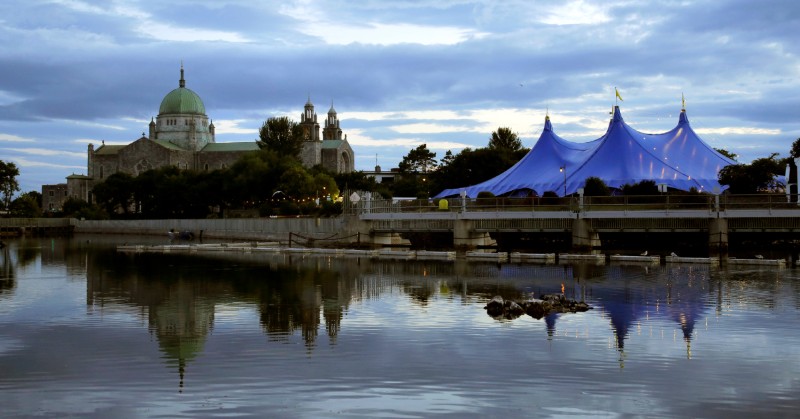 During the process I was reminded of a famous line from the late great urbanist Jane Jacobs: “New ideas must use old buildings.” So how to interpret and translate that into a way which might allow the students to engage directly in the process of reimaging Nuns Island?

Attending the Galway International Arts Festival 2019 programme launch last Thursday, the Artistic Director Paul Fahy, referred to the lack of cultural infrastructure in the city, reaffirming the festivals need to ‘Adapt old spaces and turn them into something new … ’he announced that as in previous years having utilized the former Connacht Tribune Printworks for the Festival Gallery, and this now being is no longer available, (again its being repurposed but now as an indoor food market),  GIAF is out of necessity appropriating and re-adapting the old GPO Sorting Office for the Festival Gallery 2019. Situated just off William street this building is just one other city center site which has lain vacant and idle for many years. Out of sight and just screaming for rejuvenation!!

The GIAF festival have always been the cultural pioneers in this city whom out of necessity occupy overlooked and abandoned spaces and transform them into vibrant active places. They understood that a former printing works, or an GPO sorting office can accommodate exactly the kind of framework needed for a creative hub /district. Both examples demonstrate a pragmatic response, creating flexible public buildings that give scope for further development. That kind of loose-fit re-apportion of space does not dictate how it should be used, the potential for revival is already there in the infrastructure and Galway has the cultural riches to attract people in the first place. It’s a matter of turning it to the right purpose. To look at the seeming familiar from another perspective …

As Architects we are often challenged to respond to these kinds of circumstances by conceiving new ideas for the design or re-design of existing spaces. In this process architects can become both activist and educator, championing the cause and helping to galvanize the support of the local community.

This was the approach taken with the students at the Bish. Bringing the class out into the town to explore and experience spaces and familiar places on their door step. To invite them to contribute and make decisions on what buildings or spaces they would like to create in their own local area. You could sense the excitement among the student participants in engaging as stakeholders themselves in that process which shapes their environment, in opening up new ways of looking and engaging with the world, and just perhaps pathways to creative careers as master planners or cultural pioneers for a few.