Concerning The Other Waterways Stage 10

Claire is a visual artist, curator and arts educator based in Dublin. Over the last twenty years Claire has worked with a range of grou 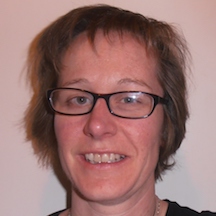 ps across many age groups from Primary School children through to Second and Third level students, teachers, community groups, intellectual disability groups and older people. These projects have taken place in a range of settings and contexts including museum gallery based, classroom, library, healthcare, local authority and community settings and over a range of timescales. Claire is represented by Olivier Cornet Gallery, Dublin and is currently curating Concerning the Other – an artist collaborative project with the gallery in September 2017.

I have never quite got over the mild dull back to school panicky feeling that settles in around September. Even now! As being self employed the panic around work and getting paid work hits twice a year (at least) – at the start of September and at the start of January. Accompanying the September bout is the where is the summer gone? How I did not get into the studio half enough? When am I going to get time to do my own work? Sure I’ve got no new work started and now I’m back in schools! These chronic guilt symptoms never completely abate.

Most self employed artists will appreciate and identify – maybe not sympathise – with these sentiments. So while I certainly do not want to turn this blog post into a rant – more to gently outline the reality on the ground as artist working in arts in education. Technically I have two practices – primarily as an artist with a studio practice, exhibiting consistently, represented by Olivier Cornet Gallery, curating projects and exhibitions and then also as an artist working in arts in education or maybe I am an arts educator? Do the two practices overlap, intertwine, influence each other, impact on each other? While I attempt to define the arts in education practice as paid employment to facilitate me to have a studio practice of course they do overlap – they have to – it is me in both roles so it is impossible to turn off one stream when one closes the door on the studio. And equally it is impossible not to be influenced by my arts in education work not take this back into the studio. So yes of course they are intertwined despite my better attempts to keep them distinct and separate! And no I cannot complain – I get to do work which I hugely enjoy and this does facilitate me to have a studio practice. I suppose I am highlighting the balancing act and how it takes a lot of mental and physical energy to work in arts in education and still have some space left over for ones studio practice. And also within that getting recognition for both – as in – oh you’re an artist as well as working in schools? Oh you do your own work too? And this identity crisis can sometimes impact when applying to arts bodies, local authorities, organisations etc in that one may not be “known for” the other aspect of one’s practice.

So rant over – what was I doing over the summer?

It was a different summer in that usually – well as of the last number of years – summer is the time when I get to focus on studio work and get paintings started or underway to work on through the school year. One project I was working on this summer was with Olivier Cornet and Eoin Mac Lochlainn, I was curating a collaborative project – Concerning The Other. This is a collaborative art project that took place over ten weeks during the summer of 2017. It involved ten contemporary artists working together on one hundred artworks, to promote diversity and concern for minorities in these days of mounting racism and intolerance. 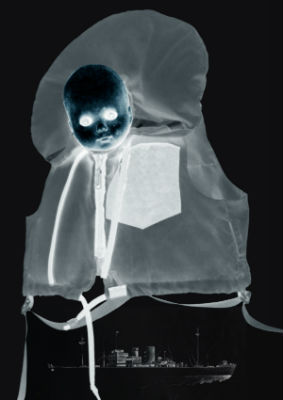 The artists involved were: James Hanley RHA, Brian Fay, Claire Halpin, Joanna Kidney, Eoin Mac Lochlainn, Gail Ritchie, Miriam McConnon, Kate Murphy, Ben Readman and Susanne Wawra. It began as a virtual project as the artists were invited to create an initial image which was then emailed on to the next artist in the group. The second artist responded by working over it and then emailing it on to the third artist who also responded and passed it on. The process continued until each of the ten artists had worked on each of the ten images. It was a creative and engaging experience for the artists involved, each gaining a lot from encountering the varied working methods and creative processes of the other artists. Each artist was also invited to exhibit an individual artwork for the exhibition – either a newly developed piece or an existing work, in any medium, responding to the theme of Concerning the Other or in response to their collaboration in the project. I developed two new paintings for the exhibition. The final ten artworks along with a selected number of in-between prints are currently on exhibition at Olivier Cornet Gallery until 6th October 2017.

A fellow artist asked me recently if I do artist residencies. I decided that I am going to give myself an artist residency in my own studio for a couple of weeks. And not just over the midterm!