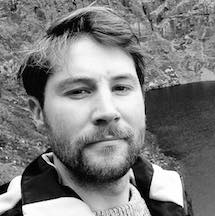 Tom Dalton is an artist and former arts worker at Mayfield Arts Centre, Cork. Mayfield Arts provides opportunities for participants to connect, learn, reflect and act through creative processes. It is an example of best practice in the fields of community arts, social inclusion, non-formal and community education. Mayfield Arts develops, manages and delivers arts programmes in consultation with the local community and provides access to art activities and processes that facilitate personal and community development to people of all abilities.

A graduate of CIT Crawford College of Art and Design, Tom’s role in the arts centre was to support the artistic and creative development of the Cúig studio artists through individual and group mentoring. Cúig artists are five artists in supported studios in Mayfield Arts Centre. The Cúig project, supported by POBAL, has been running at Mayfield Arts Centre since 2008, and is the only supported studio of its kind in the country.

Tom was also involved in coordinating and facilitating outreach projects to school and community groups throughout the city. Tom is currently retraining in furniture design and manufacture.

The Kabin Studio at Knocknaheeny is a much loved and utilized building. Tucked inside the grounds of Terrence McSwiney Community School, this little hut is home to GMC Beats, the creative initiative of Garry McCarthy. GMC Beats deliver workshops in creative songwriting, rapping, singing and music production. Working mostly with schools and youth groups, these workshops give people the confidence and skills in putting their own thoughts, words and voices into action through performing and recording their own songs. Over 600 tracks produced by various community groups have come out of this space over the last 5 years, often garnering local and national radio and media attention.

Although a hive of activity on the inside, the exterior of the building had begun to look a bit tired and was in dire need of some sprucing up. Norrie Louise Ross, Art Teacher at Terrence McSwiney Community School Art got in touch with us at Mayfield Arts Centre with the idea of working with her students to breathe new life into the building. The school was looking for a mural, created by the students and staff, that would reflect the energy and output coming from this small cabin.

Walking through the hallways of Terrence McSwiney Community School, its clear that staff and management there understand the value an engagement with art has on the life and learning of their students. Perched on an elevated site overlooking the city, light fills the building, illuminating walls filled with student work. A spirit of collaboration and partnership between the school community and various local artists and groups has produced much of these works.

The school was approaching the end of the academic year and Ms Ross was keen to introduce an element of teamwork and fun into the school’s activity in order to maintain student engagement at a time when attendance can wain. A group of seventeen 2nd year students were selected to be part of the project, many of whom Mayfield Arts Centre had gotten to know over the years through other projects. Mayfield Arts staff Wayne Ford and I were joined by Ms Ross, JCSP Librarian Anne Masterson, Garry McCarthy and SNA staff in carrying out the mural alongside the students.

Every Wednesday for three weeks our team of staff and students gathered at the cabin, donned our white painting jumpsuits and got to work. Given the short time frame for the project we devised a framework whereby the mural would be designed ‘on the go’ and carried out by our team from the moment we stepped onsite.

The first part of this plan involved geometric ‘drawing’ on the wall surfaces using masking tape. Each team member was handed a roll of masking tape and a single line of tape was ran diagonally across the cabin wall. From here the group used their rolls of tape to divide up the space into intersecting shapes of triangles, lozenges, diamonds and rectangles. Members spread out over three of the sides of the building, their design growing and changing as more tape was added.

Now and again we would all stand back and as a group, discuss how things were going; how was our design looking? Did it have balance? Did we need to add more lines? Or take some away?

Once a consensus was reached each person was handed gloves, a small tub of paint and a brush. We selected chalky greys, dusty whites and charcoal blacks to give it a graphic aesthetic, but this palette also acted as a neutral ground for other graffiti works to join the wall into the future.

The group moved around the building painting in the shapes made by the tape, swapping colours between themselves. Once all the spaces were filled and the paint had time to dry the tape was peeled back revealing the patterned surface. Over the course of the few days this processes was repeated, adding shapes over shapes, and carving the space up in different ways.

It was wonderful to see both students and staff at the school working shoulder to shoulder. Kitted out in our painting jumpsuits we were all equal members of the same team. The Kabin now stands out in all the right ways, and there is a renewed sense of ownership of the space among the students at the school.

To find out more about the work that goes on at The Kabin visit gmcbeats.com

Mayfield Arts Centre would like to thank Norrie Louise Ross, Anne Masterson, Principal Phil O’Flynn, Gary McCarthy and all the students for their support and commitment to the project.