Tell us the story of your project – What was it about?

The Abbey Theatre provides opportunities for young citizens to express feelings about their world and their State using the theatre arts. We want the students to feel a civic ownership of their National Theatre. To achieve this aim, we strive to raise awareness among young people of the rich civic, cultural, social and creative connections that emerge through engagement with theatre and theatre making. This course was developed by Sarah FitzGibbon, in collaboration with Maire O’Higgins, Larkin Community College under the auspices of The Abbey Theatre’s Community and Education Department. The course was piloted in Larkin College from September 2013 until May 2015 with class 103. Over the two years and 100 hours, the students develop their competence in six key skills, 16 of the 24 statements of learning with clear literacy, oracy (Oral Literacy) and numeracy strategies.

There are three strands:In Strand 1, the young people get to grips with the 4 Key Concepts in CSPE; Human Dignity, Interdependence, Rights and Responsibilities and Democracy; an introduction to theatre making; review a piece of theatre and make a speech on ‘Theatre is an important tool for citizens to be able to express themselves.’ In Strand 2, we use the story of Romeo and Juliet as a vehicle through which we explore the effect of a feud on a community. This is then developed into a performance piece where we seek to exploit the learning potential of the production process as a ‘real life work’ simulation with designated roles, responsibilities, deadlines, teamwork and collaboration. In Strand 3, students developed their own piece of theatre to raise awareness of a social issue that affects their community. The students direct a lot of their own learning with self-motivated research tasks that form the basis of their script. It is this model of script development that you will be taken through today. In the Pilot, the students chose the issue of homelessness (which exemplifies the concept of Human Dignity). This was a recurring theme in our citzenship discussions since the students had seen Silent by Pat Kinevane in Strand 1. Homelessness was an issue they felt passionate about as it directly affected their inner city school community. The students researched the causes of homelessness; the State’s response to those experiencing homelessness; the community response to the issue; its coverage in the media and who they wished to express their message to. The students interviewed political theatre makers who had dealt with the issue of homelessness with the homeless community. They also interviewed a Simon Community Key Worker. They visited the Pebbledash exhibition in The National Museum and assisted the school’s First Year and Transition Year students in creating and distributing care parcels to the homeless in their area. When the group wrote their own play out of their research and discussions in class, they then created a list of policy makers and groups they wished to invite to attend their awareness raising performance. This list included invitations to the clients of homeless services and policy makers to attend the performance in The Abbey Theatre, their National Theatre. While researching an issue in preparation for a performance, the students are set the challenge of developing a speech or performance piece based on a character that they create who is directly affected by the issue. The performance piece is created from these characters. It is based on any interactions, monologues, or songs inspired by the students indepth research. Facts and data discovered can be included too. The structuring of the performance script is quite straight forward.

Who was involved? How did you begin?

While we had a structure designed we were constantly reviewing it with the young people. We also constantly asked them for feedback on how they felt they were progressing in the course. When it came to the creation of the artwork it was a very collaborative approach, with the teacher and artist as the final arbiters on the text to be performed. That said the young people had to give an agreement to perform it and tweaks were made.

Observing those “aha” moments when concepts were understood and tasks achieved. It was also a pleasure watching the students grow in confidence in their ability to have an opinion and express it.

Young people are sophisticated thinkers. Young people can affect change in their communities. Teacher can grow as an artist working alongside an artist teacher in the classroom. The work of an artist is strengthened when she has an arts organization to support her in the delivery of the programme.

The National Theatre has committed to actively engaging in Theatre Making in Secondary Schools and support the inclusion of Theatre Arts in the Curriculum.

Students have made a difference in the lives of vulnerable groups in their community by raising awareness of issues and by fundraising.

• Students have developed a strong sense of connectedness with each other and an increased level of self-esteem.
• The Abbey Theatre has transformed the lives of young people in their local community.
• Young people have developed an appreciation for Theatre.
• Students’ creative writing skills have been deepened and expanded.
• There has been a substantial improvement in students’ oral literacy skills with an increase in vocabulary and more developed sentence structures (eg longer sentences, clearer narratives …).
• Presentation skills are of a higher standard as a result of rehearsals and regular debates and presentations in class. Higher order questioning formed the basis of interaction and interrogation with guest speakers. The sophistication of the questioning emerged from rigorous research and enquiry.

My name is Sarah FitzGibbon and I have been engaged by The Abbey Theatre’s Outreach and Education Department since early 2012. I have worked in the area of drama facilitation, theatre and education for over twenty five years. I was reared in a household steeped in a joint love affair between theatre and education. I spent my childhood amusing myself and my siblings during rehearsals and backstage. I knew that this was a privilege, sacred and great fun. It was also politically empowering. I was surrounded by people who were either oppressed by the state for their sexuality, shunned for their difference or had an opinion or an injustice they wanted to express, and they had the creative tools to express it – giant puppets expressing the oppression of apartheid; attending the wood quay protests and the parade of innocence. Through these events, I saw that what we did creatively could inspire the conversation. A group of people using the power of drama and theatre to start a social conversation has dominated my work through its various twists and turns ever since.

Theatre is the most collaborative of art forms. It encourages a variety of different artistic diciplines to work together in the creation of a signal piece of art. Discord within that collaboration tells in the final piece. Therefore an open, welcoming and mutually respectful attitude is vital when creating collaboratively and it is the responsibility of all involved to keep it that way. This then allows for the huge joy and playfulness engendered by engaging with the collaborative arts.

Máire O'Higgins is a teacher at Larkin Community College Dublin. She has worked in the formal education sector in Inner City Dublin for 23 years. Prior to this she was a Theatre Director with Passion Machine Theatre Company and a founder member of Pigsback Theatre Company Dublin. In 2003 Máire established a Learning Through Arts Scholarship Programme at Larkin Community College. The programme ran for six years. Students on the programme did their Junior Cycle subjects through the arts. They worked with an artist in residence and arts organisations, in the classroom and in the local community. From 2010 to 2013, students at the College engaged in an intergenerational project with the National Museum of Ireland. See www.ouririshheritage.org/category/test

Máire is interested in nurturing the stillness that emerges through creative and collaborative engagement with young people and in her own life. This she believes can be best done in partnership with teachers, artists, arts and cultural institutions, beautiful places, spaces and meditation. Máire has a BA in Italian and English from UCD and an MA in Chaplaincy and Pastoral Care from DCU. She recently attended a Professional Diploma Course for Entrepreneurial Educators at The Innovation Academy in UCD. The course reignited Máire’s passion for collaborative and creative engagement in education.

The Abbey Theatre is committed to opening up Ireland’s National Theatre so everyone can participate. For the Community and Education Department this includes engaging directly with students, educators and the national curriculum. We provide opportunities for young citizens to express feelings about their world and their State using the theatre arts. We want the students to feel a civic ownership of their National Theatre. To achieve this aim, we strive to raise awareness among young people of the rich civic, cultural, social and creative connections that emerge through engagement with theatre and theatre making. Sarah FitzGibbon, Education Consultant to The Abbey Theatre, has been working in the college over a three year period developing programmes to integrate theatre practice into classroom teaching. This is part of the department’s ongoing campaign to have theatre making considered as a subject in the Secondary school system. 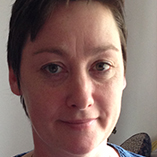 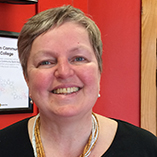 Higher order questioning formed the basis of interaction and interrogation with guest speakers. The sophistication of the questioning emerged from rigorous research and enquiry. 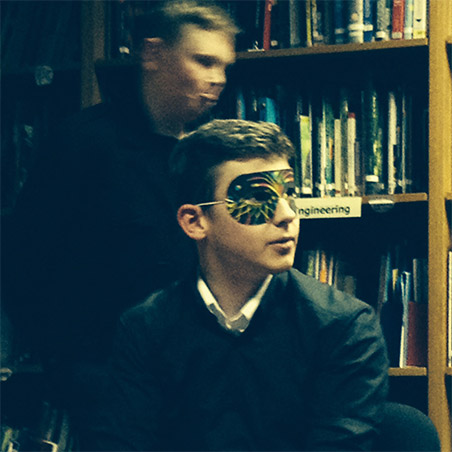